The NGO Pollera Pantalón held its first-edition Mujeres por más Awards, which recognizes leaders who make contributions to the community in Citizen Training, Education, Technological Innovation, Health (2021) and Trajectory through their inspiring achievements and their sustained dedication.

Pía Garat (30), CEO of the startup EOLO PHARMA, which is part of our portfolio, won for the Innovation category.

The event took place in a women’s meeting where she received the award and also had a chance to discuss and exchange ideas about different areas.

“We wanted to highlight the work of powerful women in different fields that played a leading role during the pandemic. The Foundation supported these women and provided them with the tools they needed to achieve their goals as they set them. It is a contribution to individual and collective enrichment”, said Fabiana Ricagno, President of Pollera Pantalón, in an interview with Infobae during the award ceremony.

Founded in 2018, the NGO is made up of a group of women who define themselves as “professionals, entrepreneurs, and doers” and whose initiative is to have “an active role in our world”.

Over 700 projects were presented, and the members of the foundation selected 70, among which four women were awarded. “These women are not renowned, on the contrary, they keep a low profile. They never stopped upholding their beliefs and acting in the face of adversity”.

The winner Pía Garat is a Biotechnology Engineer from the ORT Montevideo University, with a postgraduate degree from the IE University of Spain. Co-Founder and Chief Executive Officer at EOLO PHARMA, a drug development company born from the entrepreneurial spirit of its researchers and the illusion of bringing new treatments for metabolic and cardiovascular diseases to the market. “Right now, we are working on 60 molecules to combat obesity and its related complications”. 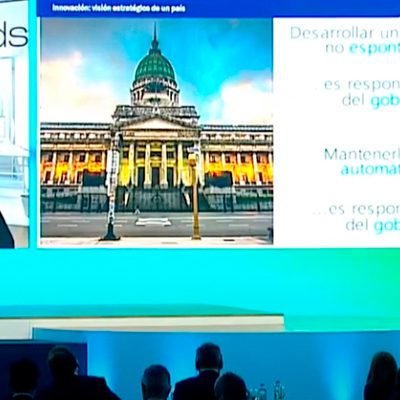